A perspective on the state and future of autonomy

The road to autonomous driving is long. I’ve been on that journey for many years; I did a PhD in a Stanford robotics lab and I’m the CEO of Real-Time Innovations (RTI) that has experience with over 250 autonomous vehicle designs. I’d like to offer a perspective on the industry in light of the recent Argo AI shutdown.

I can summarize it in a single phrase: Autonomy is like happiness.

Before I get to that comparison, however, let’s take a step back and look at the technology cycle in general. Long ago, Gartner published the “hype cycle” that looks like this: 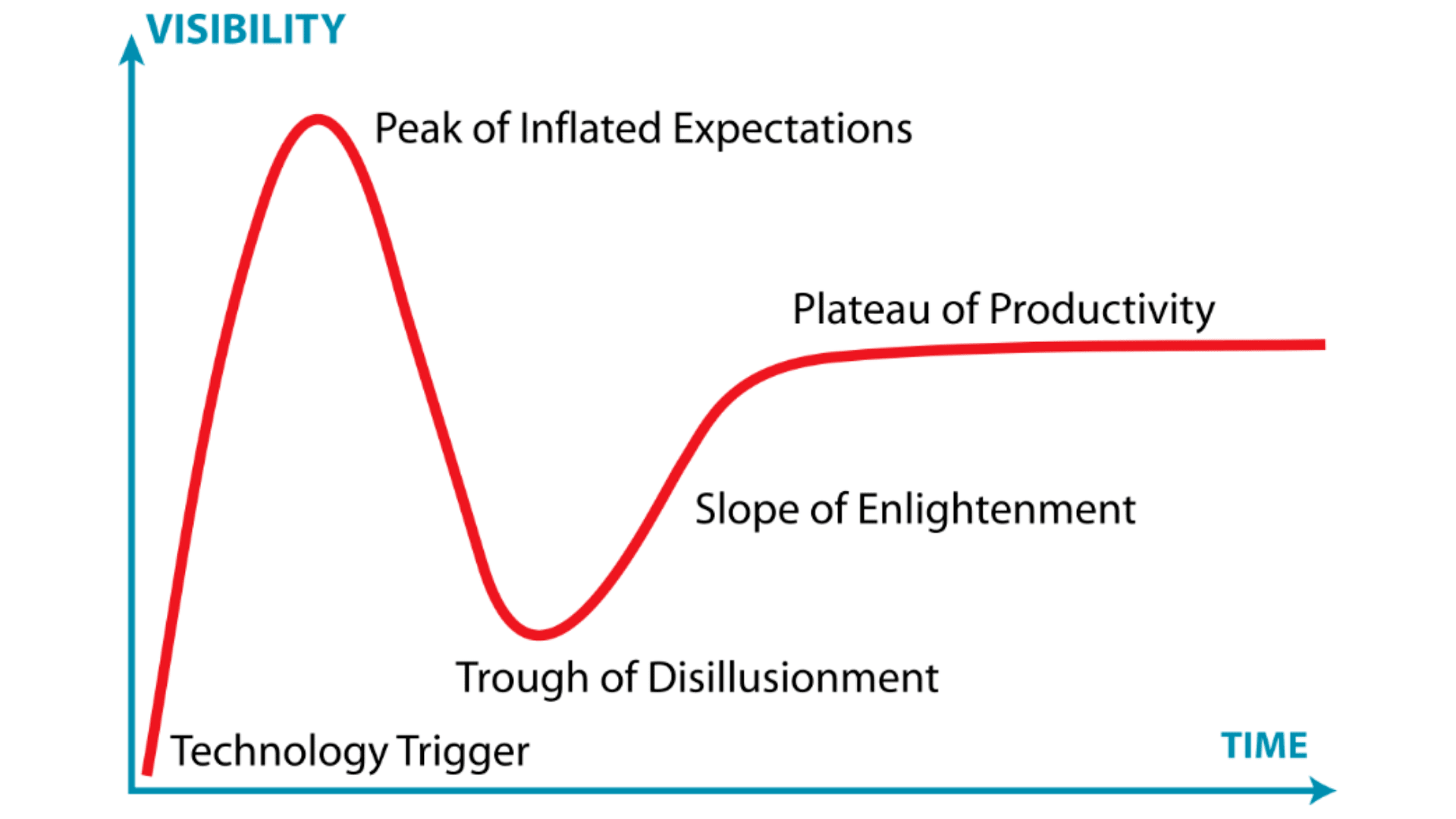 The Gartner Hype Cycle.  All technologies follow this curve. Automotive autonomy passed through the peak of inflated expectations a couple years ago, and is now entering the Trough of Disillusionment.

The Gartner hype cycle applies to all technologies, from electricity to cell phones to driverless cars. This cycle is entirely predictable: a technology arises, imaginations soar, investors pile on, and the press hails it as The Next Big Thing. But then it turns out to be harder than expected. Investors pull out, and the press is full of doom and gloom. Nonetheless, the technology eventually matures into an extremely useful part of society. But it takes time.

This cycle is normal. This cycle is inevitable. Entering the Trough of Disillusionment does not indicate there’s anything wrong with autonomy. In fact, it’s a step along the natural progression. Unfortunately, the Slope of Enlightenment rarely gets any attention, and by the time we reach the Plateau of Productivity, the stories are about Big companies with Big Business. The leaders are those who keep going and persevere through the hype winter. From the outside looking in, things are impossible, right up until they just work.

We at RTI have seen this in many aspects of autonomy. Our 250+ vehicles are not mostly public-road vehicles that carry passengers. They include flying drones, forklifts, mining trucks, underwater robots, military ground vehicles, warehouse delivery robots, metro transit systems and automated helicopters. Our nearly 2,000 other applications are also pursuing increased autonomy, but in industries such as healthcare, robotics, power systems, and defense. Many of these are established technologies. They’re not as visible as the driverless car market, but they’ve all had their cycles as well. In most regards, autonomy is like any other technology; it follows the cycle.

There is one important thing that’s different, and that’s where happiness comes in. Many see autonomy as a yes/no binary condition, or maybe on a five-point scale from Level 1 to Level 5. These are vast oversimplifications.  Autonomy is a matter of degree. The best definition of “more autonomous” is “able to operate independently for more time.” That’s similar to the best definition of happiness: “able to enjoy life more of the time.” So, you can’t be “fully autonomous” any more than you can be “fully happy.” There is always room for more happiness. And, there will always be opportunity for more autonomy.

The analogy does not stop there. Both autonomy and happiness are also very dependent on environment. You can be happier in your peaceful home than in the chaos of work (or vice versa). A vehicle can be more autonomous in the controlled freeway environment than on a chaotic or snowy city street. In fact, you can’t really talk about either concept without considering the environment where it operates.

There are many other touch points. Both happiness and autonomy are dependent on the task; push to the limit and they break down. Both require occasional external help; happiness from family and friends, autonomy from a remote operation capacity. Both seem delicate, but both are in fact quite resilient. Happiness can survive most any life event. Autonomy can and will evolve to survive the inevitable missteps.

Many point to the safety risks of autonomous driving. As a former automotive safety researcher, I humbly submit that this is not the biggest challenge. All technology evolutions have risks and suffer losses, including space travel, energy production and the automobile itself. But you have to consider the alternative: often unreliable, distracted or impaired human drivers. The bar for autonomy should be to exceed the distressing safety record of humans.  Autonomous vehicles will always make mistakes that human drivers would not. But human drivers make mistakes that computers will not, as well. And the crossover point in many environments is not that high. Autonomy will eventually prove safer—much safer—than human drivers.

So, both autonomy and happiness take time. Just like an unhappy teenager going through the challenges of youth, there is no autonomy “quick fix.”  Higher levels of autonomy will take years and decades. But also like that teenager, growth is inevitable. The technology is so compelling that it’s not a matter of “if,” it’s only a matter of “when.” The teenager will grow up. Autonomy will mature, too. It just takes a few decades of experience.

Many industry veterans realize this. I’m also on the board of the Autonomous Vehicle Computing Consortium (AVCC). We explicitly acknowledge that autonomy is a multi-decade evolutionary path. The near-term challenge is not about perfect algorithms; it’s about developing a software-defined vehicle (SdV) architecture that can evolve with autonomy. Commercial ambition for public-road autonomy is less than five years old. Depending on the environment, usable autonomous operation is less than five–or more than fifty–years off. The SdV computing environment is a prerequisite, and quite definable now. With that base architecture, I predict we will see the gradual introduction of more and more practical uses for autonomy every year…for at least fifty more years.

One last comparison: both happiness and autonomy are critical pursuits. The pursuit of happiness drives human nature. Since the first thermostat, the pursuit of autonomy, in a very real sense, drives technology. So, can you be happier in ten years? Of course you can. And of course, autonomy will increase in the next ten years, and in the years after that, and the years after that.  Autonomy can make the world safer, cheaper, and better for all.  And that should make you happy.  Or happier. 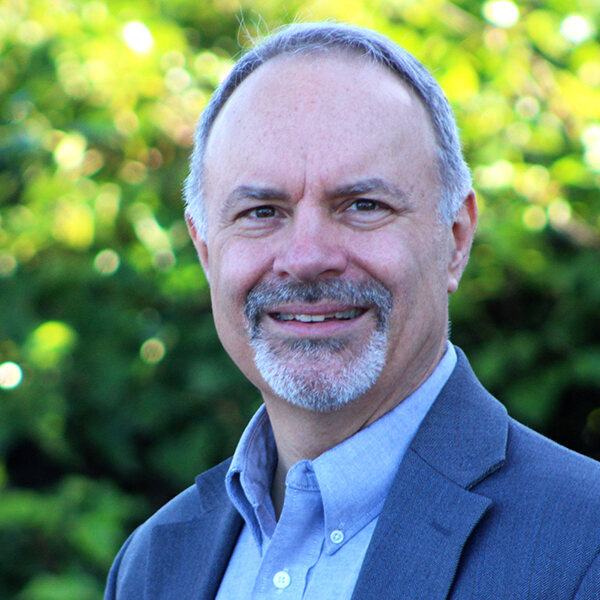 Stan also serves on the advisory board for IoT Solutions World Congress and the boards of the Teleoperations Consortium and the Autonomous Vehicle Computing Consortium (AVCC). Stan holds a PhD in EE/CS from Stanford University.