Nothing hastens innovation like competition. The development of robotic and unmanned systems for military applications is a great example of this simple truth. In fact, the runaway pace of innovation in the military sector is in some ways also a reflection of a more noble purpose than commerce alone. More often than not, military robots are designed and created to ensure the safety of military personnel in dangerous situations, as well as to safeguard property, borders and civilians. In the military arena, robotics development must therefore pursue next-generation functionality, but also be based on a repeatable and at-all-times open technical methodology.

So in many ways, when a key player like FLIR Systems, Inc. kicks off a major robotics program with the U.S. Department of Defense (DoD), it’s a match made in heaven. Why? Because the parameters are clear and industry standards are set. At the same time, the DoD reference architecture is an open architecture that provides the freedom to deploy new and better technology whenever a project calls for a bold step forward into new realms of innovation.

First let’s back up a step: That reference architecture is known as the Joint Architecture for Unmanned Systems (JAUS). It was developed by the DoD itself and has a history dating back over 20 years. JAUS is centered on five key principles: vehicle platform independence, mission isolation, computer hardware independence, technology independence, and operator use independence.

So, is JAUS the alpha and omega of robotic development? The answer to that question is partially “yes,” but also emphatically “no,” because innovation never stands still. And though some people might assume that developers and technology buyers in the military sector are perhaps less flexible than their counterparts in the commercial sphere, that assumption is false. One thing all developers respond to is that lightning-bolt moment when new technology integrates seamlessly within an established legacy system, offering instant and documentable efficiency improvements. Or, dare we say it, an entirely new capability that no one thought was even possible before. This is the exciting stuff.

RTI was approached by FLIR last year when the company was investigating Multi-robot Operator Control Unit version 4 (MOCU 4) software as an adjunct to their use of Robot Operating System (ROS) software. At the time, FLIR was using its own implementation in combination with JAUS. As the conversation evolved, the idea of continuing to use JAUS in some parts of their robotic development system but using Data Distribution Service™ (DDS) in others opened up interesting new possibilities.

What initially attracted FLIR to Connext® DDS Professional was its tight integration with the ROS standard, as well as its pervasive interoperability with other systems and transport protocols that followed naturally from RTI’s own extensive work on DoD contracts. More importantly, FLIR was interested in acquiring functionality and tools they did not have before.

FLIR engineers quickly deployed Connext DDS Professional. They started using it for testing and development, with a view to expanding their use of RTI software to connect their user interface to their Robot Controller (VIS) in future DoD projects. Why make the switch?

FLIR had been using the SAE Aerospace Standard (AS), which specifies a data communications layer for the transport of messages defined by JAUS. But because VIS signals are sometimes happening over long distances and over unpredictable wireless networks, some data packets were being dropped along the way. This led to two important revelations. Firstly, FLIR was able to quickly determine that the JAUS protocol does not support reliability. The second revelation? Connext DDS Professional does. The Quality of Service (QoS) and reliability tools FLIR gained through DDS was a game-changer. The clear benefit is that DDS and the JAUS protocol can successfully coexist to drive higher reliability for secure robotic communications.

In addition to QoS, another productivity advantage that impressed FLIR was the RTI Recording Service feature in DDS, which is not part of JAUS. FLIR had only a single target robot available during development, so whenever an issue came up, it was challenging to schedule time with the robot to reproduce and test the fix. They needed a way to record the undesirable behavior and send the recording so it could be replayed and analyzed remotely by distributed team members. RTI Recording Service enabled FLIR to quickly test and debug, saving significant time and effort.

The proverbial icing on the cake? For FLIR, that was a new feature called RTI Connector, which they’ve been using in their system for testing. The advantage? RTI Connector enabled them to quickly write code that interfaces directly with the DDS system – in their preferred Python programming language – without the time-consuming step of involving compilers. Combined with the many other features of Connext DDS Professional, FLIR now had a more efficient way of handling the different requirements of multiple data flows through their entire system.

As RTI has learned through its own DDS engagements with the DoD, nothing is more satisfying than finding a way to make legacy equipment and standards perform in exceptional new ways. Similar to the way DDS works with ROS, combining JAUS and DDS has the capability to offer real-world improvements in efficiency, productivity and reliability. And that’s good news for smart machines like robots, as well the developers who hold the honor and responsibility for building and controlling them. 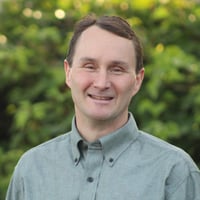 David Seltz is a Field Application Engineer for Real-Time Innovations supporting customers in the New England area.  David has been in the embedded industry for over 32 years working in engineering and sales roles.  Previous to his work at RTI, David was the world-wide FAE manager for Wind River Systems. David holds a Bachelor of Science degree in computer engineering from Lehigh University, and a Master of Science degree in computer engineering from the University of Massachusetts. 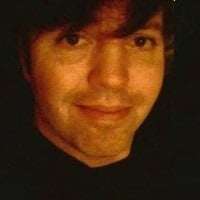 Peter VanderMost is the Editor of the official RTI blog.

Blog: DDS and Drones: Scalability, Safety and Security in the Sky