Digital Transformation Revisited: The Promise of Things to Come in the 2020s?

In actual fact, we’ve all been engaged in digital transformation since the first computer was installed to perform a useful task. To begin with though, the first computers were people, in a sense. At that point they were mostly women, which is ironic, given that men dominate current computer science classrooms. 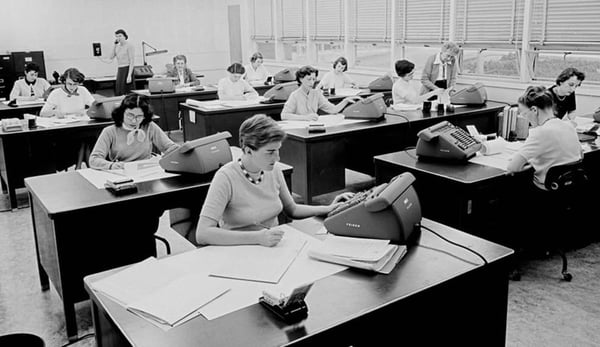 It was no doubt a large process improvement when the first digital computers were deployed, which turned these same women into computer programmers.

So, what is new about today’s Digital Transformation? It’s the new technology that makes it fresh. And that, of course, is artificial intelligence (AI) and the Internet of Things (IoT).

AI via machine learning (formerly neural nets) has made huge strides in the last few years. Newly applied AI code to a myriad of processes is a fundamental driver of Digital Transformation. In particular, it is being applied to business processes at the IT level to optimize, automate and drive significant business value.

For example, marketers have created a new category of tools called robotic process automation. Now, as a long-time robotics engineer and Industrial IoT practitioner, this one confused me to no end when I first saw it in a newsletter. By delving down into the details, however, it can become really interesting. Instead of a software developer taking a specification and creating a recipe of actions to automate a business task, an RPA robot (software app) watches a user doing the task in some application, and then automatically develops and implements the task by interacting directly with the same application. The user is replaced by a software app - a.k.a. robot. And voila: Digital Transformation.

IoT Brings us the Data

The other driver of the new Digital Transformation is the Internet of Things. Many businesses include processes that involve the physical world, not just backend processes that the IT department manages. These operational technology-based (OT vs IT) processes have been digitized for decades. For example, computers (the digital kind) began automating high-value, safety-critical industrial processes like refineries in the 1960s. The first commercial Distributed Control Systems came out in the 1970s and spread rapidly. This was a great example of early digital transformation, but these systems were pre-Internet and were tightly access-controlled for safety and security reasons.

With the creation of the world-spanning network infrastructure that we call the Internet, the opportunity to connect everything digital, not just business and personal computers, has proved irresistible. Of course, we named it: Internet of Things.

The IoT brings the integration of previously isolated OT processes with the IT processes within a business and across industries. With this ubiquitous connectivity, applications across an enterprise can access data from both the physical world and the business systems.

Combine the data access provided by IoT with the analytics and automation provided by AI, and the business transformation opportunities are staggering. For example, many mining equipment providers are developing automated mining machines to address the dirty, dangerous job of running that equipment in a surface or subsurface mine. With this shift comes an abundance of data from the smart machines that they use for predictive maintenance, fleet management and process optimization. It’s straight-forward now to marry the IoT data with analytics to enable these game-changing business and operational transformations. Knowing where all the machines are - as well as their current condition - allows for fully automated, optimized mining operations.

In concept, AI and IoT are relatively simple and yet the scope of the business transformations they will enable are vast. How to best apply these technical capabilities are deeply challenging to understand and take advantage of as a business. This is the promise of Digital Transformation.

As we look forward to the new decade, one thing is certain. AI, IoT and – yes – Digital Transformation will become so prevalent that my prediction is that they will disappear from the dialog. Just like wireless Internet, it will be pervasive. And of course, that persistent intelligence and connectivity requires datacentric architectures. And so, we at RTI are adding our acronyms to AI, IoT and DxT: DDS. Connext DDS, to be precise. It’s the enabler and the link to what the future has in store.

Brett Murphy is the Senior Director of Business Development for the Industrial Internet of Things (IIoT) at Real-Time Innovations (RTI). He is responsible for RTI’s efforts with industry consortia and strategic partners. For over 20 years, Brett has worked on controls analysis, hardware-in-the-loop test systems, robotics, real-time software development, and systems engineering in the aerospace and embedded software industries. Brett has a BS and MS in Aerospace Engineering from Stanford University. 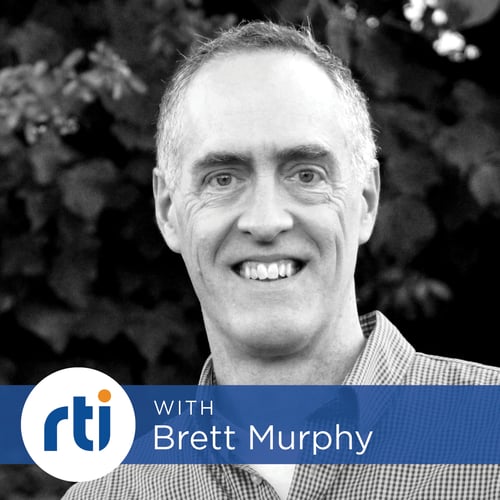