I continue to be amazed by the promotion and advancement of the FACE™ and SOSA™ Technical Standards and Business Approach within the U.S. armed services. Nowhere was this more evident than at the recent FACE and SOSA Technical Interchange Meeting (TIM) 2021, which was hosted by the U.S. Army, sponsored by TES-SAVi, and supported by over 45 exhibitors. This event proved decisively that the Modular Open Systems Approach (MOSA) is here to stay.

Held at the Von Braun Convention Center in Huntsville, Alabama, FACE TIM 2021 had 849 registrants and 638 people attending the event in person, making it the largest-ever FACE TIM in history. These are amazing numbers, especially given the current COVID-sensitive environment in the U.S.

The Technical Interchange Meeting started with a welcoming keynote from Mr. Joe Carter, the Deputy G6 of the Program Executive Office (PEO) Chief Information Officer (CIO) / G6 office, and the Steering Committee Chair for the Future Airborne Capability Environment (FACE). His remarks were followed by a rousing keynote from Brigadier General Robert L. Barrie, Jr., Program Executive Oﬃcer, U.S. Army Aviation, who underscored the Army’s commitment to MOSA and standards like FACE, SOSA, and CMOSS that support MOSA implementations. Since the inception of the FACE Consortium, the U.S. Army has always been “all in” for this standard, and BG Barrie continued this proud tradition.

After BG Barrie’s keynote, Stephen Simi, COO of TES-SAVi, kicked off the technical presentations with a talk about TES-SAVi tools that accelerate FACE conformance. This was then followed by 18 white papers that were delivered over the rest of the day. These white papers covered a wide range of topics, from the FACE Transport Services Segment (TSS) to security to DO-178C safety certification to data modeling, and more.  RTI delivered three white papers at the FACE TIM this year.

In addition, RTI Connext TSS was demonstrated in the Ansys - CoreAVI - Curtiss-Wright - RTI - Wind River solution stack. The software components in this stack are ready for DO-178C certification.

If you are new to FACE technology and its business approach, there are two OSM webcasts sponsored by RTI that can help. The first is Introduction to the FACE Technical Standard delivered by Chris Crook,  Senior Software Analyst supporting U.S. Army Program Executive Office (PEO) Aviation (AVN), and currently Chair of the FACE Technical Working Group (TWG).  The second is FACE™ Business Guide (v3.0) - Understanding the Value Proposition of the FACE Approach delivered by Brendan O’Donnell, Jason York, and Chris Crook, all three supporting the U.S. Army PEO Aviation. This webcast describes the many business advantages of employing the FACE Approach.

FACE TIM and Expos are annual events open to the public and hosted by one of the U.S. armed services. These events are held each year near the acquisition headquarters of the USA: U.S. Army PEO Aviation at the Redstone Arsenal in Huntsville, AL; U.S. Navy NAVAIR in Patuxent River, MD; and U.S. Air Force Life Cycle Management Center at Wright-Patterson AFB in Dayton, OH.

I am pleased to announce that the next FACE and SOSA TIM and Expo will be hosted by the U.S. Air Force Lifecycle Management Center (AFLMC) in Dayton, OH in Q3 2022. Like all other FACE TIMs, this event is open to the public and free of charge to attend. Take a look at the FACE Events web page for the latest information on this industry-leading exhibition.

Thanks to everyone that worked on this year’s TIM, especially from the U.S. Army and TES-SAVi.

See you next year in Dayton! 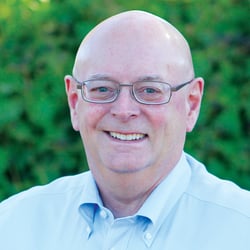