A year and a half ago the IIC released the first version of the Industrial Internet Reference Architecture (IIRA) – now the second version (v1.8) is out. It includes tweaks, updates and improvements, the most important or interesting of which is a new Layered Databus Architecture Pattern. RTI contributed this new architecture pattern in the Implementation Viewpoint of the IIRA because we’ve seen it deployed by hundreds of organizations that use DDS. Now it’s one of the 3 common implementation patterns called out by the new version of the IIRA.

So, what is a databus? According to the IIC’s Vocabulary document, “a databus is a data-centric information-sharing technology that implements a virtual, global data space, where applications read and update data via a publish-subscribe communications mechanism. Note to entry: key characteristics of a databus are (a) the applications directly interface with the operational data, (b) the databus implementation interprets and selectively filters the data, and (c) the databus implementation imposes rules and manages Quality of Service (QoS) parameters, such as rate, reliability and security of data flow.”

For those who know the DDS standard, this should sound familiar. You can implement a databus with a lower level protocol like MQTT, but DDS provides all the higher-level QoS, data handling, and security mechanisms you will need for a full featured databus.

As we look across the hundreds of IIoT systems DDS users have developed, what emerges is a common architecture pattern with multiple databuses layered by communication QoS and data model needs. As we see in the figure below, we’ll usually see databuses implemented at the edge in the smart machines or lowest level subsystems like a turbine, a car, an oil rig or a hospital room. Then above those, we’ll see one or more databuses that integrate these smart machines or subsystems, facilitating data communications between them and with the higher level control center or backend systems. The backend or control center layer might be the highest layer databus we see in the system, but there can be more than these three layers. It’s in the control center (which could be the cloud) layer that we see the data historians, user interfaces, high-level analytics and other top-level applications. From this layer, it’s straightforward to zero in on a particular data publication at any layer of the system as needed. It’s from this highest layer that we usually see integration with business and IT systems. 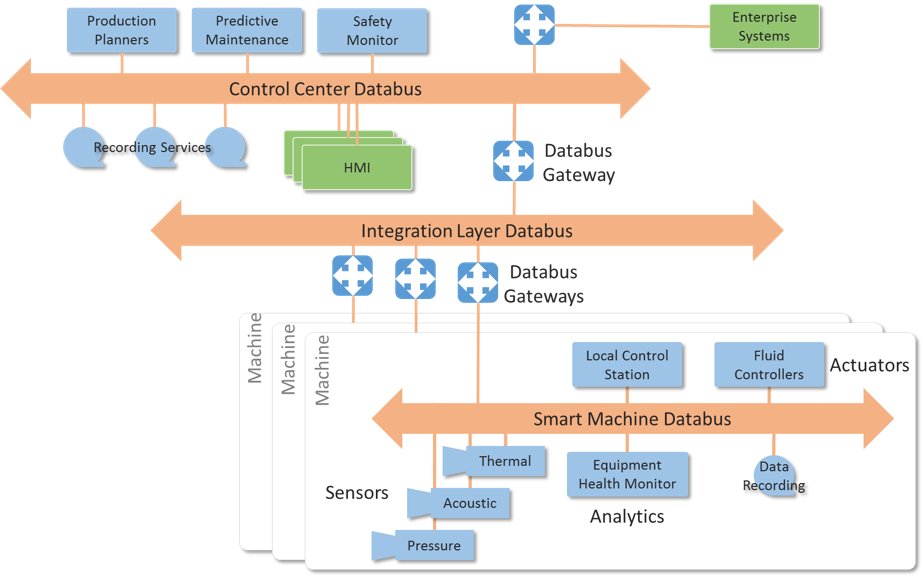 Why use a layered databus architecture? As the new IIRA says, you get these benefits:

If you want to dig into the databus concept, especially as it compares with a database (similar data-centric patterns for integrating distributed systems, but different in the way they integrate via data), take a look at this earlier blog post on databus versus database.

In addition to the new IIRA release, the IIC is getting ready to release an important document on the Connectivity Framework for its reference architecture. Look for much more detail on this document that sets out core connectivity standards for the Industrial Internet. 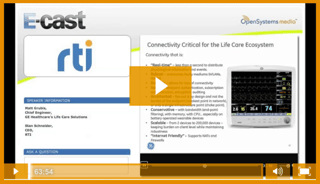