Rapid Data Transformations Are Moments Away! When I started college, everybody was talking about “Information Technology.” At that point I had been programming for quite a while and it wasn’t clear to me what coding had to do with that fancy terminology. After a few more years of coding, I realized the connection: all I do, day in and day out, is move bytes (information) from one memory location to another. Copying the contents of a struct into the socket buffer and sending it out; getting the bytes from the socket buffer and deserializing them into a structure to pass them to the application logic. Well, that’s part of what communication middleware does for you!

RTI Connext DDS implements the OMG DDS Standard. DDS is data-centric middleware. We call those bytes being transferred data, and we assign a type to them. The type describes each byte in your data, so you (and your application) can make good use of them.

Designing a good distributed system means having a good type system in place. Often though, those types carry a lot of information, and it can become pretty difficult to deal with them. Also, you may not need all the information all the time. This often happens when you have heterogeneous systems with nodes that have different capabilities, such as bandwidth constraints or resource limits. In this case, some of the nodes in the system may not be able to handle a whole sample for certain data types, but they still need to be able to receive part of the information.

Let me present a possible scenario first and then suggest one way to solve it.

Let’s say a new testing module for the International Space Station (ISS) has been shipped to space. The module has a device that collects thousands of data points, puts them all in a DDS sample with a specific type, and writes it on the topic, ComplexDataTopic. We will call this device the Emitter.

One of the many different data points this device collects is the temperature from 10 different sensors. It puts all the collected temperature values into a sequence.

The module also comes with a FancyReceiver (what we call a topic subscriber) that runs a UI; it gets all the data contained in each sample and creates statistics and charts so astronauts can easily understand the data. For example, looking that the temperature data, it could calculate the average (mean) or the median, or spot significant differences between sensors.

Let’s now say that back on Earth, NASA scientists need to know what the temperature is on the testing module. They’re not interested in pressure and humidity. Just the temperature. But, since the bandwidth between Earth and the ISS “is what it is”, it’s considered acceptable to receive aggregates of the date. For example, instead of sending all the values for the temperature the testing module will only send the average, which will save the ISS some bandwidth on the link to ground. Basically, they want something that looks like this:

We have many options to achieve this result:

I will now explain option 3: Use RTI Prototyper with Lua to easily transform your types. If you are already an RTI Connext user, you will have what you need in your distribution (under the “bin” directory if you are using RTI Connext 5.2, or under the “scripts” directory for older versions). Otherwise, check out this page to learn how to get your free copy of RTI Prototyper.

For simplicity, let’s say that the complex type is the following:

The Topics and the Entities

All we need to do now is define an XML application file with a data reader for topic ComplexDataTopic and a writer to SimpleDataTopic:

Once you have defined what your types are and how your entities are called, you just have to write a simple chunk of Lua code that will be executed by RTI Prototyper. Let’s have a look:

As you can see, you have to write very little code to transform your complex data type into a simple one using RTI Prototyper.

Next we are doing a take and, if the received samples are valid, we iterate over them, getting only the field we care about and aggregating the data. (In this example, we calculate the average of all the temperatures sent in the original sample, and we ignore humidity and pressure.) We can also do some more intelligent transformations, such as transforming the incoming temperature from Fahrenheit to Celsius (line 20)!

For your convenience I uploaded all the code and files to a GitHub repository here.

In the repo you will find the following directories:

So, clone the repo, play with the examples, read the few lines of code, and you will right away understand the power of RTI Prototyper with Lua. If you want more information on RTI Prototyper check out the Getting Started Guide.

And if you have some time left check out the other solution for doing scripting with RTI Connext DDS using Python and node.js here. 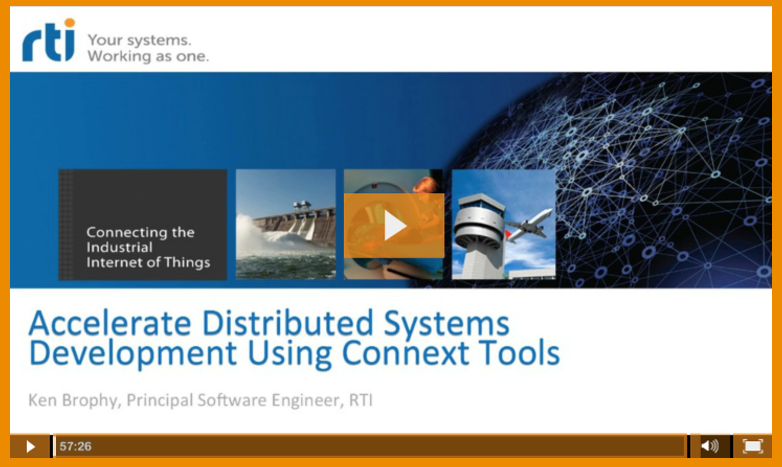