ROS 2: The Right Framework to Choose When Building an Autonomous Vehicle 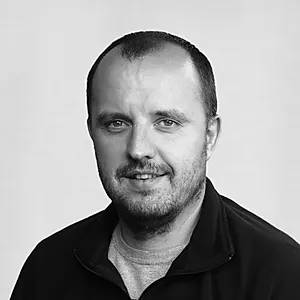 At Apex.AI, we develop certified software for autonomous mobility. ROS 2 with DDS is a core element of Apex.OS®. Apex.OS is a safe and certified fork of ROS2. Apex.OS abstracts complexity of underlying hardware, middleware, kernel, interfaces and drivers into simple to use, robust, reliable, safe, secure APIs.

Based on the Data Distribution Service™ (DDS™) communications framework, ROS 2 expands the Robot Operating System (ROS) into commercial use cases. It is a heterogeneous and complex system that consists of several components. The performance of ROS 2 greatly depends on multiple architectural layers: The hardware, the operating system kernel and scheduler, the DDS implementation underneath, and the application above. Since ROS 2 uses DDS for the communication, the ROS 2 components can be freely intermixed with native DDS components, delivering a rich set of functionality and performance.

I’ve read a few ROS 2 performance reports which have been incomplete; some have been erroneous. Since we are in the early stages of using ROS 2 for autonomous vehicles development, we need a consistent, methodical and fair process to evaluate the technology, similar to that which has been done for PascalVOC and Kitti.

At Apex.AI, we have been working on unbiased and reproducible performance testing for ROS 2 based on the framework we have built at Apex.AI. This work is now documented in our new white paper, Performance Testing in ROS 2.

The white paper focuses on how the non-functional performance of software components in a system – such as the latency of the perception software pipeline, memory consumption, CPU usage, etc. - can be measured and maintained. In our experience, we find that many developers already track the functional performance of their systems, so we concentrated on the testing for the system components.

Some of our findings include:

In summary, our research and testing proved that ROS 2 demonstrates superior performance for autonomous vehicle production. I invite you to review our approach for unbiased and reproducible performance testing for ROS 2 based on the framework we have built at Apex.AI. The software has been released in our public GitLab repository. 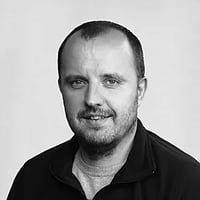 Dejan Pangercic is CTO and Co-Founder of Apex.AI. Prior to founding Apex.AI, he was the Perception and Framework Lead at Faraday Future and the CTO at Deepfield Robotics, developing an autonomous asparagus harvesting robot and most recently a 4D-scanning-robot for plant emergence counting and 3D leaf area measurement.

Dejan also worked as a Senior Research Engineer at the Bosch Research and Technology Center in Palo Alto and as a research assistant at the Technical University of Munich. He is an author of several papers and publication in the field or robotics and robotic perception and the author of two patent applications in the area of field robotics. He is also a contributor to the Point Cloud Library (PCL) and one of the early developers of ROS. Dejan is a member of the ROS 2 Technical Steering Committee. He has organized various workshops and a frequent reviewer for leading conferences. Dejan earned a Ph.D. in computer science from the University of Bremen, Germany, and a master’s and bachelor’s degree in electrical engineering from the University of Ljubljana in Ljubljana, Slovenia.